Although church attendance in Ireland has declined – in some places, dramatically – 84 per cent of the Irish population still defines itself as Roman Catholic. And many of those Irish Catholic values still remain in the deposit of the national psyche.

That, I believe, is one reason why the Irish are not uncomfortable with the concept of economic “austerity”. “Austerity” is the due enactment of penance, following from sin or self-indulgence. I’ve heard scores of people all over the country say that “a bit of self-denial will do us no harm at all. Sure, we went over the top altogether with mad spending….”

When the Celtic Tiger boom went bust, a friend of mine, the writer Martina Devlin, made a public confession about the shameful act of having purchased designer handbags for €1000. Almost with relief she vowed that she had now given up such practices, just as one renounces luxuries for Lent. It touched a chord.

Although an advocate of “growth” might urge Martina to start purchasing those thousand-Euro handbags once more, this doesn’t seem to suit the mood of the time. Austerity is good for the soul and bracing for the character: it also enhances compassion, because hard times help you to identify more feelingly with the needy.

And charities such as the St Vincent de Paul have attracted more donations since the austerity times began – more people now identify with those who have lost their jobs, or lost their homes, or gone through the sorrow of seeing their children emigrate – frequently to Australia and New Zealand, where there is a demand for workers in the building trade.

The European Stability Mechanism referendum in Ireland is, ostensibly, about imposing a corset of austerity, ensuring that “government deficit does not exceed 3% of [the] gross domestic product at market prices” – but I don’t believe that it is the austerity programme that disturbs the Irish collective psyche. It’s the loss of sovereignty that triggers the most passionate debates.

Those most vehemently arguing for a “No” vote are those who feel that Ireland’s sovereignty has been sold down the river, and where once Ireland was under the heel of the Crown, now it is under the effective command of the German economy. The No advocates are a diverse group – socialist and Sinn Fein, but also market liberals and libertarians – and among them are idealists who feel it is the vision of our country that should matter, not “the greasy till” – Yeats’ phrase – of coinage.

Voters are saying that where once they’d enter the polling booth thinking of the leaders of the 1916 Rising, and all that was sacrificed for an independent Ireland, now they are being enjoined by the Government to enter the polling booth thinking of the strategy to develop “ever-closer co-ordination of economic policies within the Euro area”. Another Yeats quotation is surfacing: “Was it for this the Wild Geese spread/The grey wing upon every tide/For this that all that blood was shed/For this Edward Fitzgerald died?” Was it for this that Ireland had an 800-year struggle for autonomy and liberty?

Yet whether a small state can ever be truly independent or autonomous is questionable (with today’s globalisation, that may also apply to a larger state). Sovereignty was key to Ireland’s national vision, but in reality, it was a fragile “sovereignty”. It was the principle reason why De Valera kept Eire neutral during the Second World War, but the archives are now disclosing that Irish neutrality effectively supported the Allies – just as Britain’s geographical position actually shielded Ireland from war’s reality.

A republic of Ireland affirmed full “sovereignty” in 1949, but all through the 1950s Ireland remained greatly dependent on the British economy. With the opening up of the EEC in the 1960s, Ireland hoped to establish sovereignty within a European Community, and to some degree this has been beneficial: but finally, a small state always gets drawn into the magnetic field of a greater empire, and this is what has occurred with the European Union.

The pragmatists – in the Government, much of the media and the business communities – are those who say that it is sensible to vote Yes, because “stability” is what we most need to ensure economic recovery, and this is the best way to obtain it. They will probably win the day, though I would think there will be many spoilt votes and abstentions. My niece, a young woman in Dublin who has been minded to vote No, now says she is veering towards Yes because Ireland may need a further bailout down the line – “but I’m not happy about it. Either way they have us over a barrel.”

The austerity we can live with: it’s the evidence that sovereignty is a chimera that troubles the soul. ENDS . The Guardian. 26 May 2012. 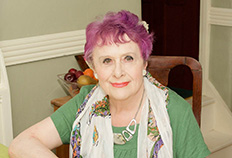